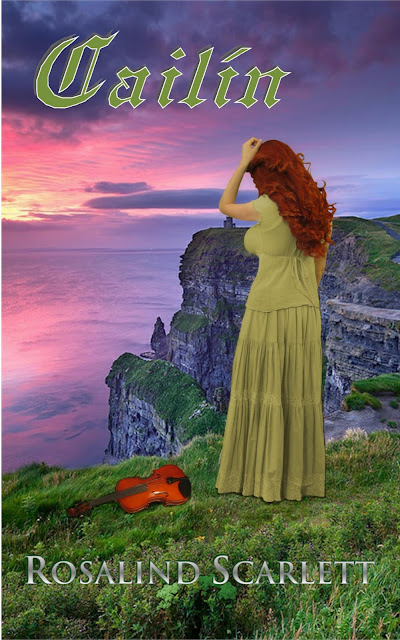 A Love which Transcends Existence...

It is the year 1702.  Aislinn, the daughter of a sheep farmer in western Ireland, is a tenacious redheaded lass who has NO intention of ever settling into the dutiful roles of marriage and motherhood demanded of her by her father. The only thing she has ever wanted is to pursue her dreams of being a professional fiddler, and that is fully what she intends to do— with or without the blessing of her family.
Nevertheless, all that, and so much more, is about to change when she is unwillingly persuaded into participating in her older cousin’s girlish, traditional Celtic love spell to see the face of the lad she will be destined to marry. Aislinn doesn’t take it at all seriously, until that night when she dreams of a handsome dark-haired lad— just as she was told would happen.
Falling for some charming lad was never part of her plans. Only now, Aislinn cannot seem to shake her obsession with him— nor does she want to! And though she never looks back after he comes into her life, things seem to do anything but fall beautifully into place. The vision of Donovan wasn’t the only vision that Aislinn had ever experienced. She had always felt out of the ordinary somehow.
She just didn’t know why— yet.
Her father never misses an opportunity to rebuke Aislinn for her peculiarities. He accuses her of being a changeling of the sidhe, the dreaded faerie folk of Ireland that delight in causing mischief for decent folk like him.
Perhaps she is.
Fact is, for most of her life, Aislinn has been tormented by strange visions. And now, every one of them is about to manifest themselves to her.
Just when all Aislinn believes she wanted is right within her grasp, she awakes in a strange bed in a castle surrounded by Vampires and the commanding presence of a striking man with an otherworldly attraction. She has no idea of his intentions, but from the shivers surging down her spine she is certain she’s about to find out.
Everything is about to change . . .
She finds herself heaved into a world of secrets, violence and lust so powerful— it will either consume her or destroy her.
The thing is, Aislinn has no earthly idea of who or what she actually is. To discover the secret for herself, she will embark on a quest which will test her strength and devotion more than she could ever have imagined.
But first, she’ll have to lose everything!

‘Cailín’ is an 80,000 Word/ 296 Page Full-length Novel and is followed by Soeis, Book II of Anam Céile Chronicles.

Download ‘Cailín’ for Free Now on Amazon November 8th Only! 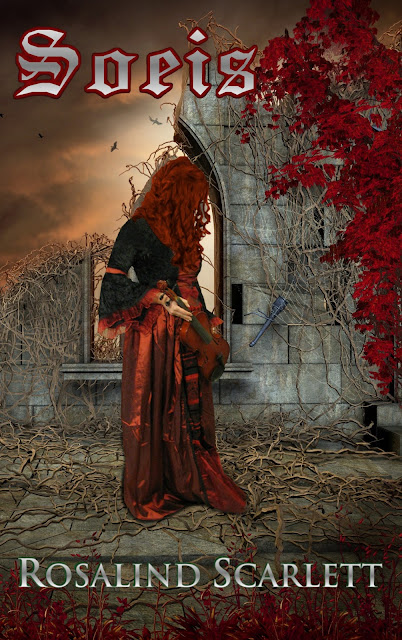 Do I deserve love again when I have done nothing but murder? And when again I do find him, will there be anything of me left to give?

Though she treasures her homeland of Ireland, Aislinn only knows she must find escape from the painful memories. Not knowing where she is heading, her intuition beckons her to Italy. Perhaps, she will resume her long ago dreams of becoming a famous violinist— such a thing would be possible there. But that was before her existence had been altered by her love for Donovan. How can those old dreams possibly even matter anymore—when she has lost everything that did matter?
Barely sustaining herself in the underground of Florence, Aislinn is found by a couple of
stunning seasoned vampires who offer to take her under their wing and demonstrate to her how a vampiress should be conducting herself. While relieved to be taken from her dreary
homeless existence and to be living in their beautiful old villa, she finds acclimating to their
régime of seducing their helpless male prey with the lure of sexual promises to be inflicting
turmoil on her conscience.
There is one catch. Aislinn is truly enticed by Katja, the angelic Hungarian golden-haired
vampire. When Katja seduces her, Aislinn is awakened to pleasures she never imagined existed before.
And she wants more. Much more . . .
Even as she battles against everything that they are—and in turn, everything she is becoming—Aislinn cannot help but be overcome with the intense sexual lust, as well as the
bloodlust of their realm. Determined to find her love reincarnate once again—as she avowed to him as he lay dying in her arms—she is struggling against losing herself and preserving her virginity in the midst of these increasingly overwhelming desires.
Then, one day, Aislinn is certain she glimpses and catches the scent of her love. With this new driving force, she is desperate to be with him again. But she knows she must be vigilant in safeguarding her secret.  It is vital that she finds him before they do and relish turning him into their next victim.
When her cohorts imprison Aislinn in the dungeon, she sinks into despair. Now, how will she ever find him?
Worse yet, trapped there, how will she protect her love from them?
What Aislinn does not know is that she possesses powers of which she is unaware.
Will she discover them in time to save herself—and her one true love?


Don't miss out on this Great Deal to get two full length novels for under a Dollar!  Download your copy today!

Posted by Unknown at 9:32 PM No comments: