"The primal wolf in him craved her as he had craved nothing before.  She would give up the only life she had ever known for him." 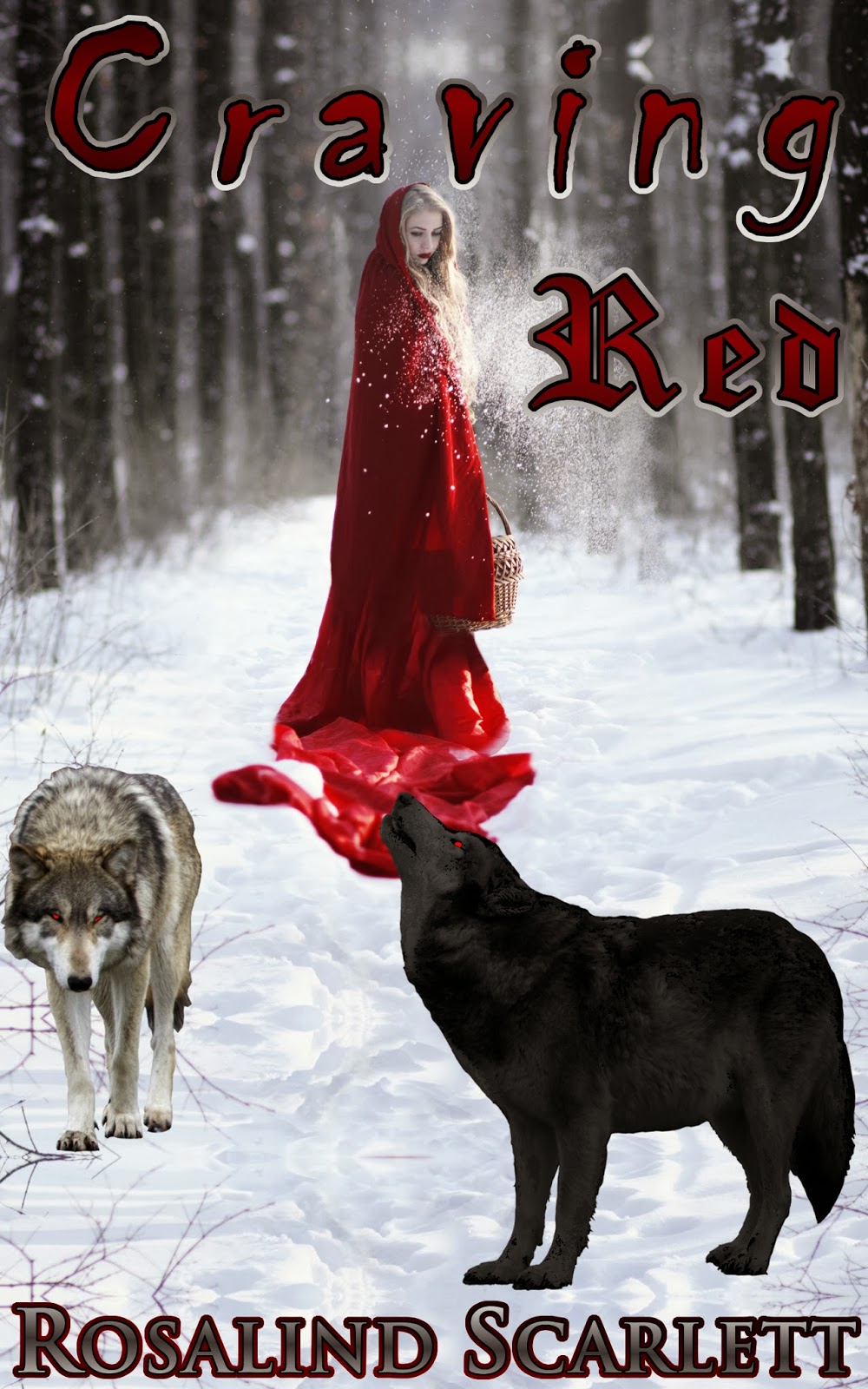 Maiden Kaia is days away from being married to the handsome Leif when her mother suddenly becomes gravely ill. Desperate to save his wife, her father sends his only daughter to the village on his horse to obtain help for her beloved mother.

But Kaia will not be returning home.

Out on the path, wolves emerge from the trees, surrounding her and spooking her horse. Fainting in sheer terror, the next thing Kaia knows, she is being dragged through the snow back to their lair. Shivering cold, half naked and bound, she startles awake to the feel of warm breath blowing out over her body.

The following day, she realises she sees no wolves around, but does see several other women there. Noticing they are all pregnant, Kaia fears her fate. Her fears are validated when one of them complacently informs her that her initiation is imminent. The moment her scent is ripe, she is to be mated by all males of the pack.

Still worse than that is the struggle she is having with herself upon being presented with so much blatant man flesh walking about, leaving Kaia flustered with the responses of her body which are swiftly summoning forth to betray her.

And then, she feels herself drawn to the strikingly gorgeous Dane, with his hair black as night, and eyes blue as the sky.  He is also the baby of the pack. No matter how good he may seem, still she fights against the feelings threatening to overtake her.  How can she allow herself to fall for one of them?

Will Kaia ever escape this primitive place to see her family again? And if she does, will she be able to suppress the primal need she feels awakening in her? Worse yet, will she want to?

Being the youngest member of the pack— and therefore the lowest ranking and least threatening— Dane was ordered to visit the newest human female daily to coax her arousal and reception of the pack for the big event.  Not having been considered old enough to mate, priming the young maidens which they captured during each changing of the moon for the breeding ritual had been his duty for the past two years now.  But lately, his frustration was quickly becoming exasperated.  He didn’t know how much longer he could stand it.
Of course, at first he was thrilled for the chance to get at some female flesh.  But after a while, he realised he would have rather not done it at all, rather than to get all worked up just to be left with no warm place to relieve his throbbing cock.  However, this time things would be different. He could actually allow himself to get worked up since he now had something to anticipate.  For this was to be his first time to participate in the breeding ritual.
Dane was given free rein to do anything and everything in his power to rouse the new female’s receptiveness, so long as he did not actually penetrate her.  The privilege of deflowering all of the females automatically belonged to Thorin, his Alpha.
He had been eagerly anticipating his first mating for so long now.  The night he would be officially considered as a man.  But now that it was imminent, he was not so sure anymore.
Perhaps it was this particular female which made Dane feel differently about the whole thing.  He probably should not have lain by her side in the night.  But he just couldn’t stand by and watch her shuddering in the cold as she was.  He told himself that he had only done it for the sake of the pack.  Had he not, she surely would have been dead by morning.
As Dane strode around the corner to head for the human woman who was their latest captive, he stopped dead in his tracks, taken aback by her beauty.  It was as though he was seeing her for the first time— which he was, as a man.  Her golden hair cascaded down the ivory skin of her back, and over her shoulders, veiling her rounded breasts.  Beholding the soft curves of her body produced an instantaneous thickening of his organ, something which by now, rarely occurred, as it was nothing new to see naked females about the camp.
And sure, he had been around countless fresh females there, and many of them had indeed been beautiful.  But none of them could compare to this one.  For with her, he instantly sensed that her beauty was far deeper than that which enticed his eyes.
Dane swallowed in attempt to gain control of himself before moving towards her again.  The girl’s eyes flared and she wrapped her arms tight about her legs, cowering into the corner of the cage. For a reason which was entirely unfamiliar to him, her frightened reaction troubled him.  He forced himself to shake it off and moved forward to do what he was sent to do.

Posted by Unknown at 6:49 AM No comments: